Bridge Day 2012 at the New River Gorge, West Virginia, was a blast. More than 75,000 people came to watch jumpers from all around the country and 10+ countries hurl themselves into 876 feet of nothingness. New River Gorge Adventure Guide hung around the diving board and platform this year to catch the fancy moves. 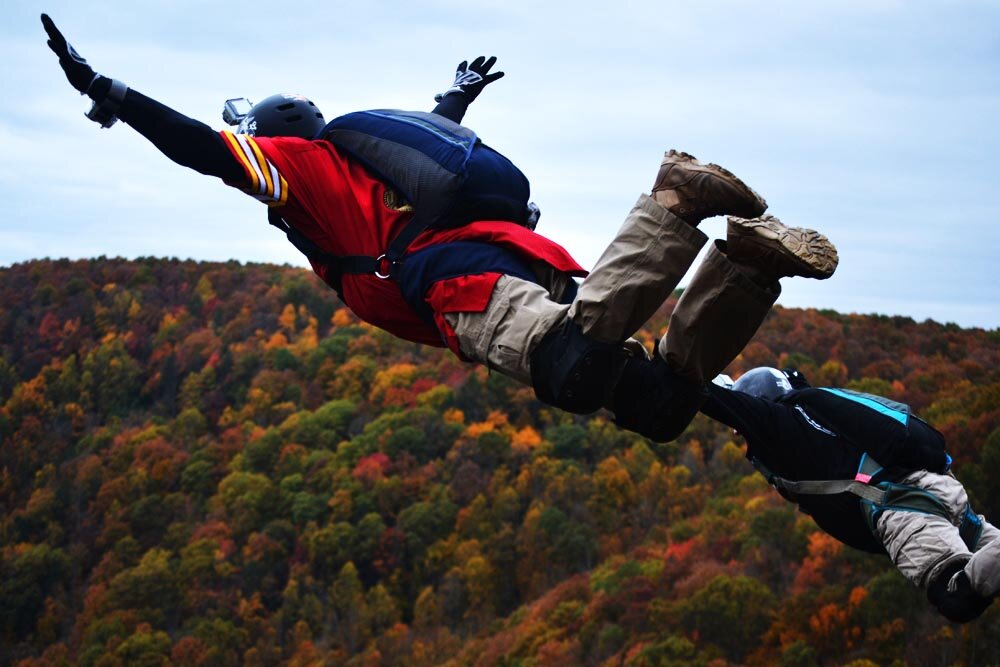 BASE jumping, defined as parachuting from a Bridge, Antennae, Structure, or Earth, happens once a year off the New River Gorge Bridge, the highest bridge East of the Mississippi and the 3rd highest in the U.S. Roughly 450 BASE jumpers showed up on Bridge Day 2012 to jump into thin air with a backdrop of fall colors. 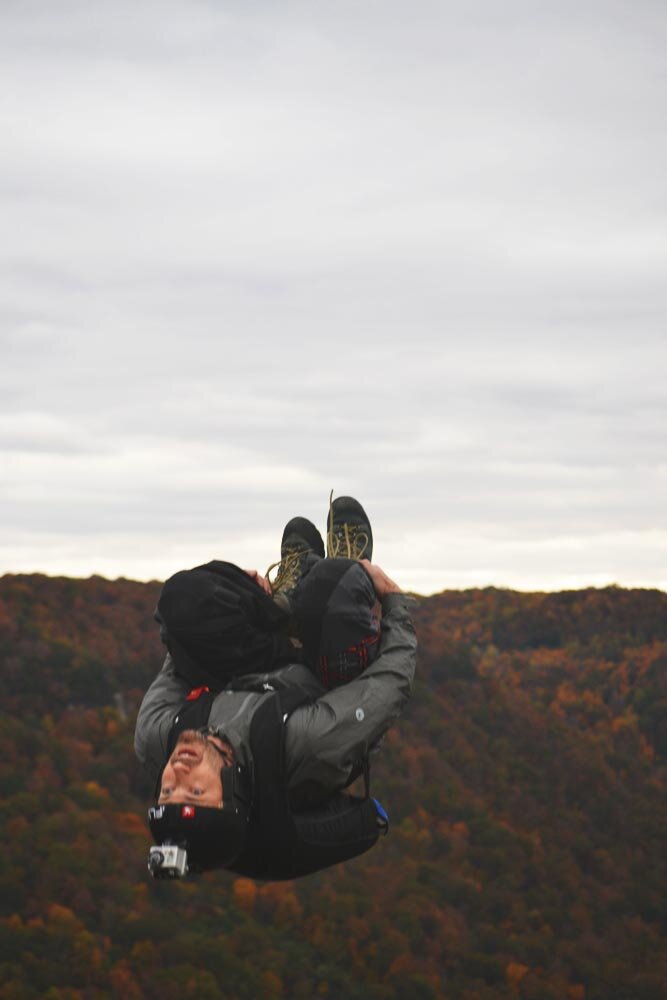 Thanks, BASE jumpers, for the moves, the attempts, and the showmanship. 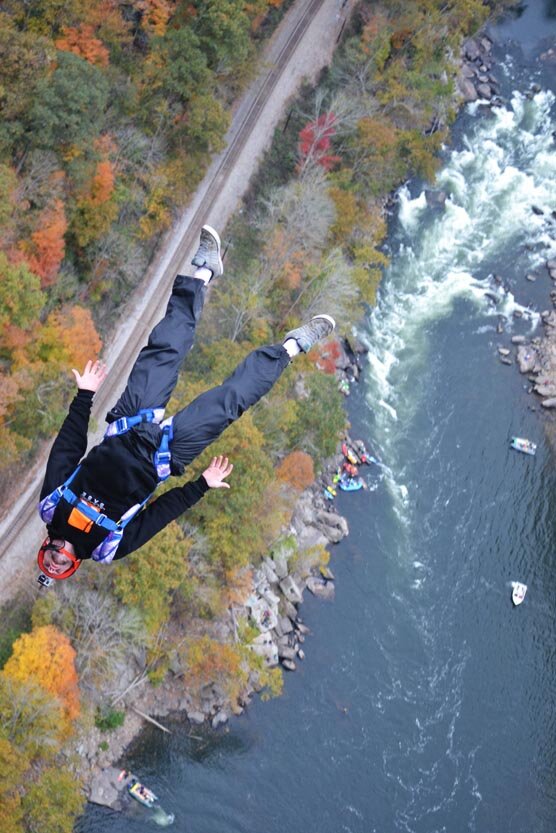 Extra points to those who spent most of their free fall backwards. 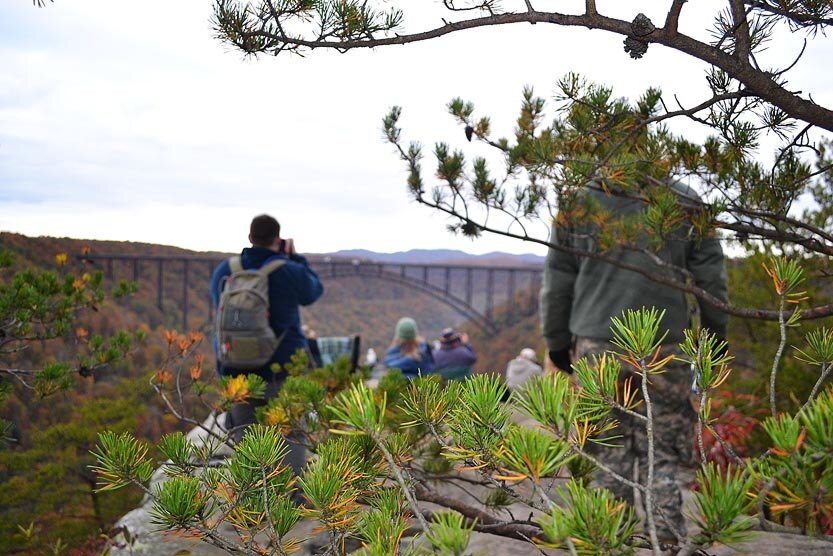 The New River Gorge Bridge isn’t too shabby, either. Serious photographers gathered at Long Point in the early morning to catch the first jumps from a wide angle perspective. 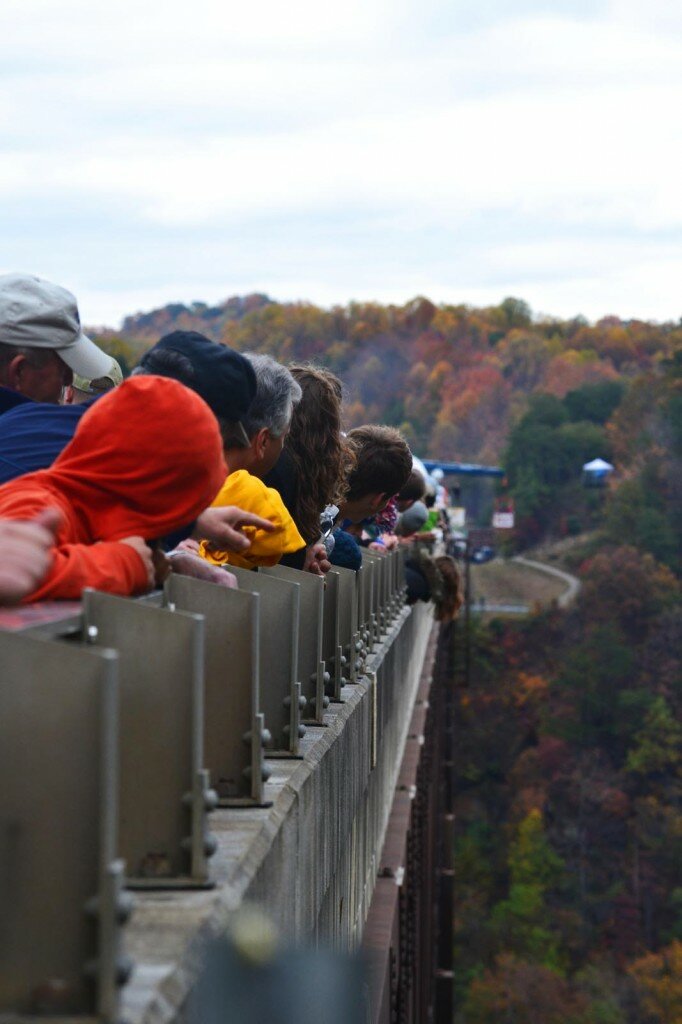 Spectators stick their necks out over the abyss to catch the action.